What happened (and is happening) in Larigmoore 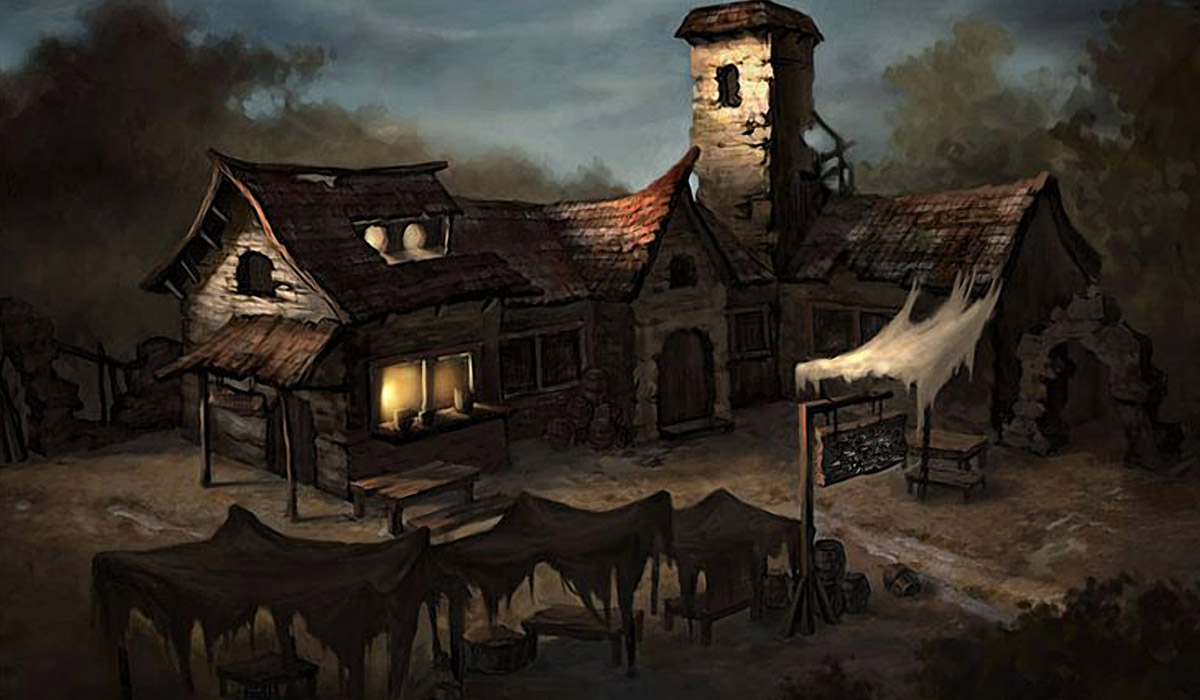 The brave citizens of New Calendale met upon the field of battle with the forces of the occupying necromancers and their horrific creations. At first, it seemed as though the plan to destroy the necromantic artifacts went completely awry, as the artifact was nowhere to be found. Fortunately, the artifact was eventually found upon the corpse of a Reaper.

Wave after wave of undead fell upon the forces of New Calendale as the ritual to destroy the artifact began. Undead the likes of which have never been seen, including the new and terrifying horror that officials have taken to naming “Executioners.”

Partway through the ritual to destroy them, Master Aramel discovered something interesting. The ritual was intended to force all of the energy of these artifacts outward at once to destroy them. However, Aramel realized that if he focused these energies into another vessel (ie, himself) he could take complete control of the undead within the area and use them to fight alongside Twin Kingdoms and Solinarian forces in an attempt to minimize the loss of life. As the chaos of battle rang around the ritual circle, a field decision was made by the highest-ranking official present. The necromantic energy would be refocused into Aramel so that he could control the undead.

After a small power struggle between the last surviving Necromancer on the battlefield and Aramel himself, Aramel had complete control over the remaining undead. With confidence of the sort born after a great victory, Aramel announced his intentions to spearhead the assault into previously lost areas of the city immediately.

With the citizens of New Calendale at his back, Aramel led the undead forces under his control as a vanguard aimed towards the docks, intending on slicing the occupying force’s territory in half. New Calendale’s citizens lived up to their hard-won reputation as a people of strong will and heart. Aramel and the forces of New Calendale cut a path to the allied-occupied docks. Strangely, the undead that Aramel controlled were completely immune to the effects of control from enemy Necromancers (a fact they would often learn at the expense of their lives).

After contact had been made with the Twin Kingdoms and Solinarian forces stationed there, a huge push was made to completely destroy the enemy undead and their controllers in an expanding radius outward from the docks.

The Twin Kingdoms and Solinarian forces were incredibly uneasy about fighting alongside the undead and many spoke out against it. However, once it became clear that lives would be saved by using them, the dissenting soldiers trusted in their commanders and did their job.

With the momentum gained by this great victory in the war that this had become, the fighting went on throughout the night and into most of the next day.

With the sun beginning to set, and exhaustion setting in, Aramel commanded all of his undead to follow the orders of certain specific members of the military and then he collapsed. He was brought back from the front lines in order to recuperate.

With undead sentries guarding the safety of the perimeter alongside living ones, a constant guard could be set up with minimal personnel.

All non-military personnel (and ALL those from New Calendale who were part of the battle) were sent back to the Dock areas to rest and manage supplies. There are rumors that the Twin Kingdoms and Solinarian forces have decided to marshal up and completely control the territories retaken before making a final push to destroy what is likely the heart of this infestation.

After the dust of the initial assault had settled, those from New Calendale were thanked personally by General Averitt (leader of the Twin Kingdoms forces there) and Commander Atrius (the ranking Solinarian Military leader).

Over the next few weeks, the following will be occurring:

For those that remained in New Calendale

News of the victory in Larigmoore returned to you quickly via an emergency court session held by Baron Ravenholm, Marquis Artenian, and Marquis Fontaine. Those few that were left were NOT chastised for leaving and, in fact, were thanked for taking upon the arduous task of remaining behind to manage and defend such a dangerous place with such a small amount of people. The upcoming assault was explained somewhat and the nobility once again thanked those who remained to keep the peace within New Calendale.