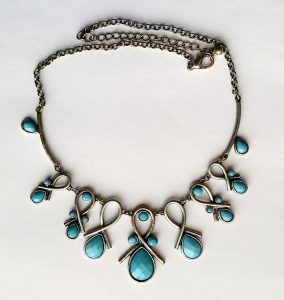 In the year 817 AU in the Agorian city of Quetzalocatl, a corpse was found with its eyes missing.  Disturbingly, the eyes seemed to have been removed while the victim was alive.  Agorian authorities were unable to track down the killer.  This fact was made all the more disturbing when another corpse showed up a moon later also missing its eyes.

As the investigation continued in earnest, more and more corpses began turning up in various places throughout the city, all with their eyes missing.  The investigator in charge of the case, a young female Agorian named Otlia was spending nearly every waking moment of hers in an attempt to track down the killer.

For the next 20 years, Otlia chased this killer to no avail.  Her marriage failed as a result of it, and she became completely estranged from her family.

It was only after she had lost everything, and turned into a creature of such desperation and focus that she began to notice a pattern in the killings.  It was subtle at first, but she noted that all of the killings seemed to be taking place in a particular type of area: anywhere there was relatively easy access to the sewers.

Without a family to hold her back any longer, Otlia was free to prowl the streets at night, looking for any potential suspect in the killings.  Near dawn, she came across a body in an alleyway, freshly killed and missing its eyes.

She felt a presence behind her and whirled around to face it.  Before her stood a creature out of nightmares.  It looked much like an Agorian, but in the dim light of the dawning sun, she could see that its scale colors and features were constantly shifting as freely as water flows.  Before she could make any sound of alarm, the creature spat poison at her, paralyzing her body.

She stood helpless as its features settled on that of a young Agorian male.  It stalked up to her silently as she struggled to move to no avail.  It was wearing a necklace around its neck, which it removed, then placed around hers.

It whispered in her ear quietly, in some otherworldly voice:

The creature proceeded to remove her right eye while she stood there paralyzed by the poison in silent agony.  Blinded by the pain, she only remembered the creature kissing her once on the cheek, shifting its skin to match the surrounding alleyway and disappearing into the night.

The killings stopped shortly after Otlia encountered the creature.  She noticed that upon the necklace were 20 gems.  Each, she supposed, represented one of the creature’s victims. The murders never occurred again after Otlia’s encounter with the creature.

Otlia died alone of natural causes, and this necklace was auctioned off after her death.

– If you successfully use a killing blow granted by this item, you are granted 6 magical health that stacks on top of whatever magical health you might already have.  This does not stack with itself.