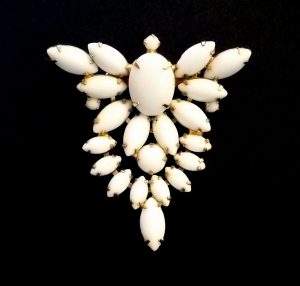 Sigmund would disappear for thousands of years, only for his name to be heard upon the lips of worshippers in the mid years of the 1100s.  In the Twin Kingdoms, the followers of Sigmund became increasingly aggressive over time, and a war was fought against them.  Make no mistake, however, not all followers of Sigmund spread his faith aggressively.  Many of them were farmers, people who wished to heal others.  Rumor has it the local magistrate even considered following him herself before his aggression became apparent.

Emory Quinn was among those who followed Sigmund during this time.  Emory was the ripe old age of 65 years old when Sigmund’s faith presented itself to him.  He lived a clean, honest life, and had made a great deal of money at a younger age, so he’d spend his days sitting on the porch of his house, overlooking the lake next to his house, and watching the day pass him by.

Emory had recently heard the call of the divine, and found that his life was made better by healing the sick and needy, when they came to his home.  Emory was too old to travel, and when clerics of Sigmund heard of him, they convinced him to join the church.

Emory never took part in the fighting that much of the followers of Sigmund took part in.  Emory was content to live on his porch, and heal those injured farmhands and sick children that came to him.

Word came to him that following Sigmund was no longer allowed, but Emory was a tough old man, and refused to budge.  Considering that the old man was still helping the needy in his small village, most overlooked it.

After Sigmund’s church was defeated and disbanded, still, Emory healed others.

One afternoon, as the sun was rising over the lake he lived near, a young handsome man approached him.  He introduced himself as Reus and sat down next to Emory. Strangers coming to visit Emory were a normal occurrence, so Emory spoke to him as if he was an old friend.  They spoke about life, about lost love, and about regret.  At no point did Reus ever ask for help from Emory.

As the sun began to set and the stars were beginning to show themselves, Reus stood.  He fell to his knees and began to weep into Emory’s chest.  Emory didn’t ask a word as to why the man was weeping.  He only comforted him until it passed. By now the sun had fully set.  Reus stood again, reaching into his pocket, and producing a small white pin.  He thanked Emory for being the kind man he was, embraced him tightly, and walked off into the night.

One week later, Emory passed from this realm into the next.  He had no next of kin, so his items were sold off.  Eventually this pin made it into your hands.