The following has been posted onto the in-game message boards, as well as any other public message boards in the surrounding area.  All of the below may be considered as in-game knowledge by any character travelling through or residing in the area. 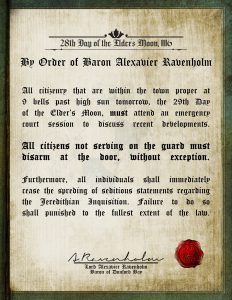 By Order of Baron Alexavier Ravenholm

The following pieces of parchment have begun to circulate in the areas and towns surrounding New Calendale.  Hundreds upon hundreds of copies are being distributed by the couriers guild to as many homes as they can get to.  It is clear that this information is meant to be given to everyone.  All character are considered to have access to this information. 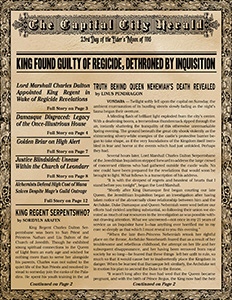