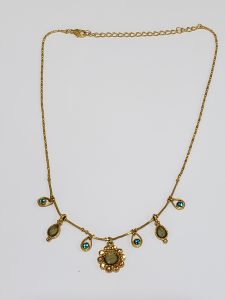 Several tribes in the north tell a story about a very strong, very prideful tribesman named Tiplak.  He would often claim that he was the strongest man in all of the lands and that none could match him.  He was always of course, cautious to tell others when he bragged aloud that he could never match the strength of the spirits. In his head, always to himself, he believed that he WAS stronger than even the spirits themselves.  Smarter, too, he reckoned.

Tiplak’s strength was used for good at first.  He used it to fight off several invading tribes to his own tribes’ lands and even invading outsiders.  When the battles had long since ended, and Tiplak’s hands grew idle, his greed and pride would get the better of him.

Tiplak would often travel far from his home village, during hunts or while scouting, and would run into other tribes in distant areas. While Tiplak was incredibly strong, strangely, he didn’t look as though he’d be.  He had the same stature as an average tribesman.  Tiplak decided he’d make a sport out of tricking strong men into wagers they could not win. Strong men tend to have much pride and were easy marks for his schemes.  He would win valuable gems and goods for his trickery, and would sometimes take coin as well. Always secretly, he knew he was smart enough to trick even the spirits.

For about three years, Tiplak roamed the lands, tricking those he came across, until one day he came upon two strangers upon a trail in the forest. A short, stocky looking man carrying a spear and a beautiful, lithe woman with golden eyes with a small dagger at her side.  She carried a large pouch on her belt that jingled quietly as she walked.

Tiplak considered himself considered himself quite friendly and charming, so he introduced himself.  The strangers responded in kind, the man smiling wide and the woman avoiding Tiplak’s gaze, as though shy.  Eyeing the man’s spear, Tiplak decided then that he would challenge the man to a test of strength.

Tiplak challenged the man, but he declined, saying he wasn’t nearly as strong as Tiplak, but that his traveling companion was.  Tiplak laughed at first, along with the man and woman.  His mirth turned to anger when he realized they were laughing AT him, not with him.  In anger, he said that he would challenge her then, and he would wager the most valuable things he possessed against the single most valuable thing they possessed.  THAT is how confident he was.

The man grinned wide, and produced a gold necklace seemingly from the air. He said that it was the most valuable thing they had with them.  Tiplak said he had much of value, but it wouldn’t matter because he would be the victor.

Tiplak drew his axes and put a bit of distance between him and the woman.  She offered for him to call for the start when ready. He called for the fight to start.

She moved faster than the eye could see.  A flurry of unarmed strikes battered his body, and he went down, dropping his weapons.  Tiplak saw red.  He lunged for her, his hands finding her small frame and bringing her to the ground.  Almost effortlessly, she rolled him over and pinned him down.  He struggled, screaming, but she was the stronger.  Eventually, he yielded.

The man never stopped smiling the entire time. After he got up and dusted himself off, Tiplak began to rummage through his things.  The man told him to close his pack.  With a terrible start, he saw the man’s pupils had become slits.  His body froze in place, and the woman began to laugh.

The man strode close to Tiplak, holding the necklace before him.  Tiplak felt his strength being drained from him, leaving him and going to the necklace. The woman’s laugh began to change.  It became an inhuman, animalistic cackle.  When his strength was drained, and the man close to him the man leaned in and said the following,

“THIS is the price of pride, boy.  Never believe you are greater than the spirits.”

As he spoke, he saw the man’s tongue was forked. Tiplak blacked out and awoke sometime later.  His strength had been taken and he was as weak as a child.  Tiplak disappeared into the wilderness, abandoning his tribe, and was never heard from again. 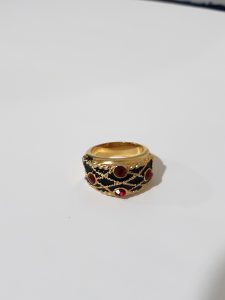 There was once a young woman named Atoria Vonones who lived in Solinaria city.  She was a middling craftswoman, but nothing quite set her apart from her peers.  She was also skilled in the scholarly arts and thought she could bring that knowledge to bear to assist in her own crafting.

Atoria closed her failing business temporarily and set to the library in Solinaria City. She sought hidden ways and means of crafting more effectively.

She spent months searching as she spent what little she saved up for this endeavor. She came across some strange tomes during her search, but none of them contained what she was looking for.  For some reason, she thought she had a lead at one point, but couldn’t remember the particulars.  She chalked it up to exhaustion.

Ultimately, as the last of her saved coin was spent, she realized she had failed.  Tomorrow she would have to reopen her failing shop and hope she didn’t lose everything.  She cried herself to sleep in her bed above her shop, wishing there was something she could do to get ahead of the competition.

When she awoke she found this ring on her nightstand.  She wasn’t sure where it had come from, but she thought it was pretty and put it on.  A flash of insight came over her.  She knew what she could do to make things work out better!

She figured out more efficient ways to craft the goods she had been making, churning out items faster than any of her competition could.

The ore she would receive from the mines used to be of sub-par quality and would require much working before it could be made into usable ingots.  Somehow, with her newfound luck, the ore she received came in almost already refined! She was even able to use some of it in its near-raw form in place of worked ingots.

Her customers commented that her crafted goods seem to last longer and provide greater protections than other merchants, and so business began to improve.  Life was going well.  She kept thinking back to the library though, and the books she had looked at.  There was some part of her that remembered a particularly strange tome… But as quickly as the thought bubbled to the surface, something would distract her and it’d return firmly to the back of her mind.

For the next 9 years, Atoria’s business boomed.  She made many connections and friends all over Solinaria.

On the morning of the 10th year after discovering the ring that she had grown to love, Atoria simply vanished.  All of her clothes and possessions were left in place, and nothing seemed to have been packed for a journey.  Foul play was not suspected since Atoria didn’t have any specific enemies or rivals, but nobody ever found where Atoria had gone.  Eventually, her business and belongings were sold, including this ring, which was found sitting on her nightstand.